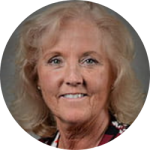 Dr. Laurel McCourt is currently an honorary member of the Medina General Hospital Medical Staff in Medina, Ohio following her tenure as an active staff member from 1991-2010. During that time, Dr. McCourt served as physician quality liaison at Medina General Hospital, she was instrumental in the development of the OPPE process.

Her initial career in medicine began in a staff model HMO where she held the position of staff physician until 1991 with active staff privileges at Fairview General Hospital in Fairview, Ohio and Lakewood Hospital in Lakewood, Ohio. From 1991-2008, she served as the Medical Director of Brunswick Medical Care Center, a satellite facility of Medina General Hospital.

In 2004, Dr. McCourt began her career with The Joint Commission as a hospital surveyor. For the first five years, she continued to practice medicine as well. Since that time, she was further trained in the Comprehensive Manual for Office Based Surgery and in the Primary Medical Home Accreditation Process. In addition, Dr. McCourt has served in the Special Survey Unit to investigate complaints for The Joint Commission. She has served as a team leader for both deemed and non-deemed hospital systems and has surveyed, and now consulted, at a broad range of organizations from rural community hospitals to large academic medical centers.

In her career at The Joint Commission, Dr. McCourt has been active in the speaker’s bureau. She has given numerous presentations to a variety of audiences including several national meetings. Her presentations include the hospital and ambulatory accreditation standards and the survey process.

In September of 2014, Dr. McCourt transitioned to Joint Commission Resources to begin a career as a consultant and ceased being a surveyor. In her new role, she continues to educate health care organizations on the Joint Commission standards implementation and compliance. 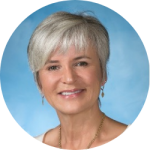 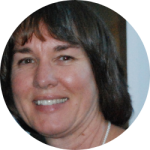 Cindy brings with her a 35-year career within the Medical Staff Office, plus over 20 years using MD-Staff. Since 2004, Cindy has worked with Katherine DeSalvo at Salinas Valley Memorial Healthcare Systems. Together Cindy and Katherine have streamline processes with their office to create efficiencies across their department. Cindy is the ultimate MD-Staff Super User! 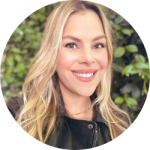 As a seasoned Implementation Manager at ASM since 2016, Terrani was instrumental in the successful implementation of the MD-Staff and MD-Stat Credentialing software for many healthcare organizations. As a PMP and CSM professional Terrani has deep knowledge in project management techniques, software technology including database design, enterprise Web based system, and data interchange. Terrani switched gears in 2021 and now heads the Customer Success Department, specializing in workflow optimization, product adaptation, and strategic system consultation.

Prior to working ASM, she worked as an Account Manager and Implementation Manager for a San Diego based Saas Software company, specializing in Corporate Employee Wellness. While there, Terrani also held a leadership position as a Team Lead and interim Director for the Client Service paying special attention to hiring, onboarding, training, mentoring processes.

Specializing in software, Terrani has acquired over a decade of experience in project management. She’s passionate about translating project visions and objectives into reality, offering tangible results in line with client expectations. Terrani is skilled in multiple project management methodologies including Waterfall, Scrum, and Agile. 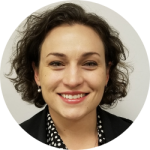 Prior to joining ASM as an Implementation Manager a year ago, Geneva worked as a Medical Staff Coordinator, MD-Staff Super User, and MD-Staff Application Analyst. She began working in Medical Staff Credentialing in 2005 by manually auditing paper files to prepare for a TJC audit and has over 5 years of experience as a Super User in MD-Staff.

As a Medical Staff Coordinator, she processed initial and reappointment applications, managed the initial FPPE process, physician onboarding and orientations, and helped facilitate multiple committees. As an MD-Staff Super User and Analyst, she assisted all hospitals in the Health System with product adoption and workflow efficiency, ensuring that the data stayed clean, and downstream integrations continued to function as expected.

As a Certified Provider Credentialing Specialist, Geneva provides a unique perspective to clients coming to MD-Staff. She provides recommendations based on regulatory requirements, industry best practices and tried and true processes. She truly enjoys the challenge of assisting clients with designing efficient workflows to help them meet regulatory standards. 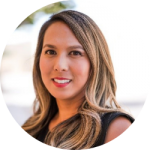 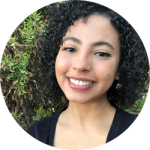 Teryn joined ASM in January 2019 as an Application Analyst. From there, she gained detailed knowledge about how the software functions, common errors users make, and ways to get creative with using MD-Staff to fit specific needs. Her personal strong suit is in Ad Hoc reporting. You may have seen Teryn in the Help Center editing articles, create them, and from time to time will answering any questions and comments.

After spending a year as an Application Analyst, Teryn joined the training team (which is now a part of the Customer Success department) as a Training Specialist. It’s been almost 2 years since she has been a Training Specialist and her knowledge continues to expand every day. Being with the training team has taught Teryn a lot about the credentialing world and has given her a more intimate perspective on processes such as committee review, the different ways hospitals can process applications, and privileging. The knowledge she uses every day to assist clients with training needs! 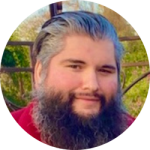 Tom joined ASM in May 2019 as a Tier 1 Application Analyst. He then worked as a Tier 2 Application Analyst and now as a Customer Success and Content Manager. In his current role, Tom helps create and modify the MD-Staff Academy courses. Tom also helps manage and maintain Help Center articles and content. Tom manages clients in the Customer Success Manager role. He helps clients discuss and optimize workflow as well as help prioritize tickets that are sent to Support. Tom helps educate clients and troubleshoot issues in MD-Staff in his role.

Before ASM, Tom worked for Apple Retail for 9 ½ years as a product specialist and technical expert. This is where a lot of his experience with educating clients and troubleshooting issues started. In his free time, Tom likes to play golf, watch sports, go camping, and go to the movies. 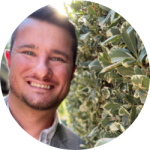 Travis joined ASM in 2021 as a Customer Success Manager. Before ASM, Travis spent over 15 years in the retail industry developing a unique perspective on the client experience and built diverse teams that produced industry-leading change.
As a Customer Success professional, Travis takes pride in seeing his clients succeed while growing their understanding and usage of our suite of tools. Travis enjoys working in a customer-centric environment where he is empowered to be an advocate for clients, and with a passion for finding innovative solutions, he focuses on ensuring lasting success for ASM’s clients.

When Travis is not keeping busy with the client’s needs and zoom meetings, you’ll catch him out by the pool, playing adult softball, or watching some baseball. Go Braves!

Analytics
Performance
Other
Advertisement
Save & Accept
Get a Demo